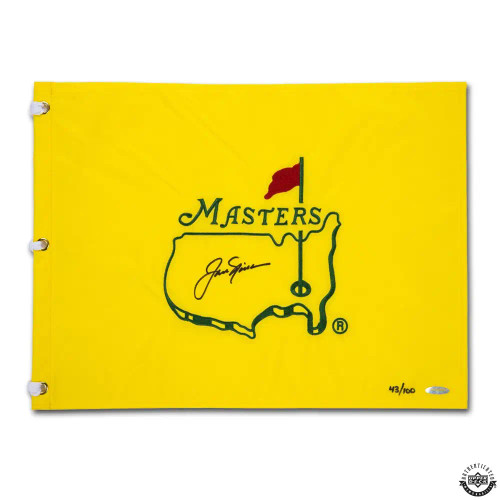 Player:
Jack Nicklaus
League:
Golf
Authenticator:
Upper Deck
Product Type:
Pin Flag
Before 1999, The Masters Tournament didn’t put years on their pin flags. So this undated flag could represent any of the amazing six Masters Tournaments won by Jack Nicklaus. The legend owns the record for most Masters wins, one more than Tiger Woods and two more than his contemporary Arnold Palmer. Jack’s first win came in the 1963 tournament when he won by one stroke over Tony Lema. He won back-to-back titles in ’65 and ’66. His final Masters win came in the dramatic ’86 affair that gave him his 18th and final major championship. At the time, he was the oldest Masters winner and second-oldest major championship winner in golf history at the age of 46. Nicklaus has autographed this limited edition (100) undated The Masters Tournament pin flag in black paint pen. His signature is deemed authentic by virtue of Upper Deck Authenticated’s Five-Step Process.
×